The second biosphere reserve in Zimbabwe, Chimanimani comprises a mosaic of mountains, forests, grasslands and shrubs, along with freshwater ecosystems. The landscape extends into Mozambique, forming part of a proposed transboundary biosphere reserve that would extend into the East African montane ecosystem, which is a global biodiversity hotspot. The biosphere reserve features six key biodiversity areas rich in endemic plant species and 88 archaeological sites. It is home to about 154,000 inhabitants who come mainly from the Ndau culture, most of whom speak an endangered language. The local population benefits from natural resources through tourism and non-timber forest products such as honey and livestock production. 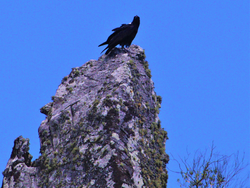 Ecological Characteristics:Chimanimani District has three ecoregions each of which belongs to distinct biomes: Tropical Moist Forests, Savanna Woodlands and Montane Grasslands Biomes. Chimanimani District Biodiversity Hotspot that comprises of 2,182 plant taxa and this is more than 30% of the estimated total plant diversity of the whole country. The Chimanimani Mountains alone is comprised of 977 taxa with 74 endemics which is more than Nyanga with 21 endemics or the Nyika plateau with 33 endemics. Altogether a total of 127 species of conservation importance are identified comprising 59 butterflies, 34 birds, 12 amphibians, 9 mammals, 8 reptiles, 3 Odonata and 2 fish species. 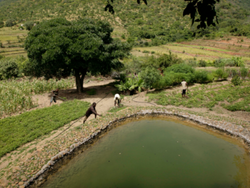 Communities in Chimanimani district engage in agricultural practises such as horticulture and livestock rearing. Apiculture is one of the key livelihood support activities in the Chimanimani district. The practice of apiculture is an activity traditionally undertaken in the district, using traditional beehives.The core zones have only Park staff people, while the safari areas contain at any time, less than 50 people, comprising mainly sport hunters and their hosts.