This biosphere reserve is situated in the West African Savanna, approximately 200 km northwest of Bamako in western Mali. The area (918,000 hectares) which is also designated as a national park comprises two biogeographic zones: the Sudano-Guinean zone to the south and the Sahelian zone to the north. 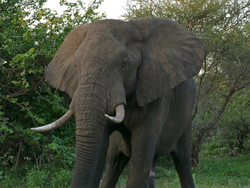 The Biosphere Reserve includes shrub savanna dominated by Combretum spp., changes into Isoberlinia savanna woodland in the south. Baoulé River is fringed by dense riverine forest. While vegetation in the south shows only few signs of degradation, vegetation in the north is suffering from effects of drought. One major threat to vegetation is also clearing for agricultural use. The area used to support many large mammals. However, their population have been heavily reduced due to heavy pressure from hunting and competition from livestock.

In the protected areas, though, essential parts of biodiversity has been preserved to a certain extent. After several initiatives, the numbers of various species have either stabilized or increased, like elephants, liones and hyenas. 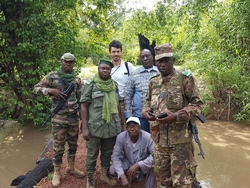 Various ethnic groups live in the area: sedentary Kakolo, Sarkolés, Malinké and Bambara (farmers), the transhumant Peuhls and Maures and the Bozos (fishers). Depending on the season, between 78,300 and 150,000 people live in the biosphere reserve. The land tends to be used for pastoralism in the north during the dry season and for agriculture throughout the area depending on the local rainfall conditions.

A programme led by the government was set to promote sustainable development in the area, with a focus on restoring the degraded pastoral lands