The Bénoué Biosphere Reserve is located on the Bénoué River plain, at the foot of the Adomaoua plateau in northern Cameroon. Tropical woodland savannah and dry open forests are the major habitats. More than 300 bird species can be found in the area as well as several mammal species including elephant (Loxodonta africana), waterbuck (Kobus ellipsiprymnus), leopard (Panthera pardus), hippopotamus (Hippopotamus amphibius) and velvet monkey (Chlorocebus pygerythrus). 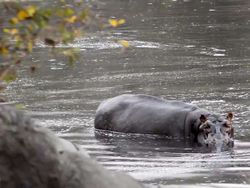 The Benoué Biosphere Reserve is located on the Bénoué River plain, at the foot of the Adomaoua plateau in Cameroon. The highest peak in the area is Mount Garoua with an elevation of 1,100 metres above sea level. Major ecosystems include tropical woodland savannah and dry open forests, which host wildlife associated with Sudano-Guinean vegetation. Among the most present types of flora are wild syringa (Burkea africana), Combretum glutinosum and Prosopis africana. 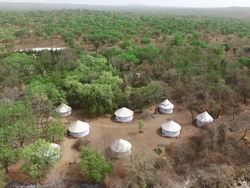 The Benoué Biosphere Reserve is inhabited by a variety of ethnic groups, among which the Diis, Foulbés, Mafas, Toupouris, Gambais and Boums are the most numerous, although exact numbers are uncertain. The main economic activities of these different groups are agriculture, fishing, cotton cultivation, timber harvesting, charcoal making and various hunting activities.