Located at the footsteps of Kilimanjaro, on the Kenyan side of the border, the Amboseli Biosphere Reserve has a variety of ecological zones, which include natural dry mountain forest, mountains, savannah rangelands, wetlands and swamps. These areas are home to a wide variety of species, including elephants, lions and giraffes.

The biosphere reserve was part of the UNESCO-MAB project ‘Biosphere Reserves for Biodiversity Conservation and Sustainable Development in Anglophone Africa (BRAAF)’ that had the objective to ensure the long-term conservation of biodiversity in including local population in its sustainable use. 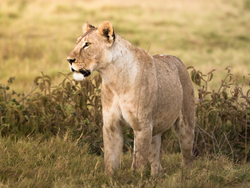 Amboseli Biosphere Reserve is located in the south of Kenya at the border to Tanzania. Its ecosystem consists of basement plains, saline plains with fresh water swamps and the volcanic slopes of the Kilimanjaro. The vegetation reflects the mainly semi-arid environment.

In the past decade, the population of elephants, giraffes and lions have increased, as opposed to poaching cases registered in the Biosphere Reserve, which have declined. However, the illegal harvesting for African Sandalwood tree (Osyris lanceolate) has soared. The plant’s essential oils are used in perfumes and cosmetics. 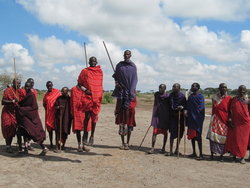 The predominant and original population living in and around the biosphere reserve is the Masai. The economic activity traditionally has been through nomadic pastoralism, which has changed to livestock keeping through group ranching dairy farming. Tourism as one of key economic activity is increasingly embracing eco-tourism. The transition and buffer zones, have witnessed changes through group ranches being sub-divided and converted into crop farming. Other agribusiness enterprises including horticulture and floriculture have emerged because of infrastructural improvement.