Located in the Southern Urals, this biosphere reserve is covered with mixed coniferous and broad-leaved forests as well as mixed coniferous small-leaved forests and mountain taiga spruce-fir forests. Mountain ranges (with summits of 800 m to 1,178 m) and mountain valleys are interconnected by boulder streams. The western part of the reserve is low altitude. While the eastern part alternates between sloping mountain ridge elevations and depressions covered with lakes and deeply incised swampy valleys. About 12,000 people inhabit the site, whose main objective is to transition from extractive industries to a sustainable development model based on biological natural resource management, tourism and the rehabilitation of landscapes scarred by mining. 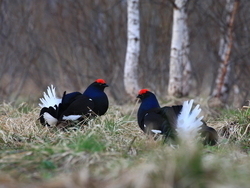 The BR is surrounded by industrial cities: Zlatoust, Miass, Karabash, Kusa. Rural settlements are mainly located along the BR borders. An important peculiarity of the BR territorial and spatial location is the availability of intact natural complexes and ecosystems in its central part. Their preservation is ensured by special security arrangements existing within the Nature Protected Areas (NPAs). The BR being an eco-frame of the territory is actually a supplier of ecosystem services for the mining district and the region in general (preservation of genetic and biochemical resources of natural species and populations, cleaning the air with vegetation, provision of the water flow volume, ensuring water high quality, carbon reserves storage, forest wood and non-wood products, hunting and fishing resources, recreation and education tourism, ethical and spiritual meaning of natural systems).

In the past the majority of working-age population was employed in the industrial area, minerals extraction and forest management. Since 2000 the metallurgical cities generally have lagged behind the normal development rates, however, the key social and economical potential is preserved and the share of industrial employment still remains the highest. Despite this fact, the strategic development plan of each municipal unit puts emphasis on the economic diversification; tourism thus may become one of the economic drivers.

The BR territory has a touristic and recreation potential. There exist both traditionally popular sites (NP "Taganay", Lake Turgoyak) and other sites having a high prospective recreation value and being non-demanded now (mount Karandash - ancient rocks of Earth of the age of 2.5 – 4.5 billion years, the quarry Radostny - a unique Archean geological section, Lake Serebry, Lake Ufimskoye, etc.).