The United Nations has celebrated International Women’s Day since 1975 as an occasion to stand together to advance gender equality around the world. This year, UNESCO celebrates the achievements of women and girls in technology – an industry that has the power to radically change the way we live.

Women are typically under-represented in the field of science, technology, engineering and mathematics (STEM): less than a third of women worldwide work in scientific research & development (UNESCO UIS, 2018), and this number is increasing at a lingering pace. From 2008 to 2016, the percentage of female researchers in STEM worldwide increased by a marginal 4% (UNESCO UIS, 2016).

More specific to the technology sector, women only make up 17.5% of the tech workforce worldwide (Honeypot, 2018), and hold 5% of leadership positions (PWC, 2017). In the G20 countries, women produce just 7% of patents (OECD, 2018) in information and communication technologies (ICTs). Only 30% of women choose STEM-related subjects, with only 3% earning ICT degrees (UNESCO, 2017).

UNESCO advocates actively for women and girls to be confident and pursue their interests in STEM education and careers. UNESCO has a range of initiatives to promote the equal participation of women and girls in developing and using technology for sustainable development.

From quantum physicists to artificial intelligence experts, this exhibition celebrates remarkable women in different fields of technology. It will present three groups of women: pioneers, leaders and influencers. They are an inspiration to all women and girls to take the leap and pursue careers in STEM. 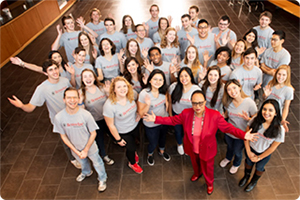 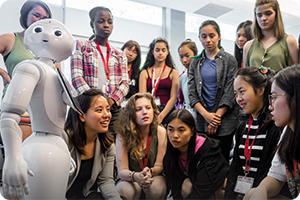 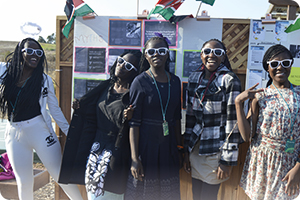