The site, which is located in the center of the country, covers an area of 1,413,625 ha. It comprises a mosaic of savannas, depressions, pits and sand dunes. The fauna is diverse and includes large mammals such as the dorcas gazelle, the pale fox or the golden jackal. The population of the reserve belongs to two main ethnic groups - the Tuaregs and the Peuls - with nearly 20,500 inhabitants; the main activity is pastoralism with a nomadic lifestyle. 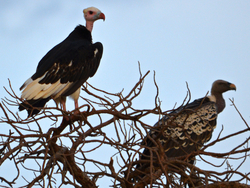 Located in a climatic transition zone between the Sahel and the Sahara, the Gadabédji Biosphere Reserve represents, in part, the characteristic and important ecosystem of the Sahelo-Saharan biogeographical region. It is particularly important for the conservation of Saharan wildlife in that it is an area rich in pasture and natural habitat for wildlife.

Home to migratory birds and several sedentary species such as the ostrich, it is populated by several species of gazelles, jackals and other large mammals such as giraffes and oryx. It is also located on the edge of the seasonal migration zones of the addax, a rare wild animal that still inhabits the Ténéré Desert.

23 wildlife species were counted, the most important of which are ostriches (Struithio camelus), oryx (Oryx algazella), Dama gazelle (Dama nanger nanger), dorcas gazelle (Gazella dorcas) and giraffe (Giraffa camelopardalis peralta). But today all these species have disappeared except the dama gazelle, whose numbers were seriously threatened by the years of crisis that the area experienced from 1990 to 2008. 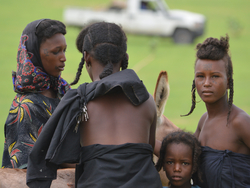 The Biosphere Reserve's multicultural community made up of Fulani Bororo, nomadic herders whose activities are essentially pastoral thanks to the presence of the reserve and the good pasture that is found there, live around it in harmony.

The second community is made up of Tuareg attracted by the clemency of the environment by the grazing availability. Some of them are nomadic and others have become sedentary. and notables of the area, following their cyclical movements of transhumance imposed by their lifestyle.

The last largest community is that of the Hausa from the south. Although the cultures are banned north of the 14th parallel, the Hausa were attracted by the availability of the land to practice not only agriculture and animal husbandry, but also hunting (poaching) and trade. Today, they are the most numerous in terms of composition ethnolinguistics.