CANCELLED - UNESCO Global Conference: “Gender Equality and the Ethics of Artificial Intelligence: What solutions from the private sector?" – 7 March 2020 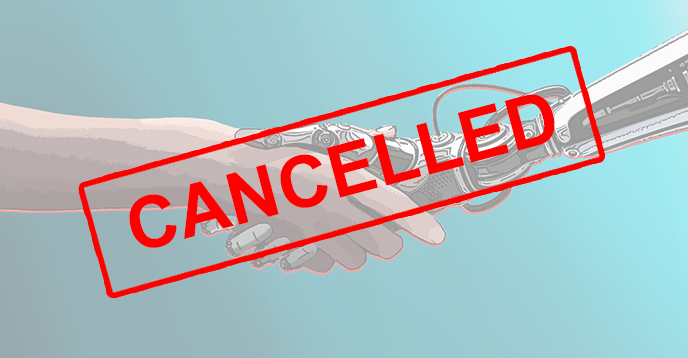 Due to the on-going concern about the outbreak of the Coronavirus (COVID-19), this event is cancelled.

Annabelle Blangero, PhD in Neurosciences and Manager in Data Science at OCTO Technology

Annabelle is Manager in Data Science at OCTO Technology. After obtaining a PhD in Neurosciences, Annabelle worked as an academic researcher and lecturer at the University of Oxford and in New York on attention and decision-making mechanisms in humans (Neuromarketing and Neuroeconomics), using machine learning algorithms. She is now using the same algorithms to analyse data from different industries and government organisations. Expert in Data Science, Data Visualisation and Machine Learning, she is also the leader of the RespAI team, which promotes ethical principles in developing and implementing solutions using Artificial Intelligence.

Charlotte is a writer and journalist. She writes a newsletter called The Download for MIT Technology Review and reports on cutting-edge science and technology, and its impact on wider society. She's a regular BBC contributor with a decade's experience covering technology, although she still closely follows the first topics she wrote about when she started out as a journalist: politics and government. In 2017 she founded Jeneo, a venture to boost diversity within the tech sector. In her spare time, she writes fiction, and she's working on a podcast about mental health.

At the Berkeley Haas Center for Equity, Gender & Leadership Genevieve directs and executes on strategy to advance diversity, equity and inclusion in industry, while also fostering "equity fluency" as a key leadership skill for future business leaders. She is currently developing a playbook for business leaders on addressing bias in automation and artificial intelligence. Prior to working at Haas, Genevieve worked for the International Center for Research on Women conducting research on women's economic empowerment, and advising Fortune 500 companies and financial institutions on strategies, policies and initiatives related to gender equity. Genevieve also previously worked with the UN High-level Panel on Women's Economic Empowerment and the UN Foundation’s Clean Cooking Alliance.

James Heighington is a community advocate and technology professional. He is the Global Head of Diversity Strategy at Google leading company policy on diversity, equity, and inclusion for underrepresented communities. Previously, Mr. Heighington was invited to President Obama’s White House LGBT Tech & Innovation Briefing, served as Chief Digital Officer at the nonprofit GLAAD, and led LGBTQ inclusion at Twitter.
Mr. Heighington is a contributor to CNN, The Economist, BBC, and the Webby Awards. He is an executive member of the International Academy of Digital Arts and Sciences and has been honored with the Trevor Project 20/20 Visionary Award.

Scotty Greenwood launched the US business of Crestview Strategy, a Canadian/UK based public affairs consultancy. Greenwood is also the Chief Executive Officer of the Canadian American Business Council (first woman in this role). She is a member of the Board of Directors of Tilray, where she chairs two committees.  Scotty is also a Member of the Board of the Foundation for Art & Preservation in Embassies.
A former American diplomat to Canada, Scotty is an acclaimed strategist for Fortune 500 companies, trade associations and nonprofit organizations. Her prior positions include being appointed as the first woman (and youngest person) to serve as Executive Director of the Democratic Party of Georgia.

Cassandra Kelly is a global thought leader, speaker and coach to leaders who dare: corporate and political. A tech entrepreneur and former CEO, Cassandra has served as advisor, board director and chair for some of the world’s most influential organizations.

She has worked in most of the world’s continents. She co-founded the award-winning global corporate advisory firm, Pottinger, and subsequently cChange. She works with leaders to help them solve their most complex problems and accelerates meaningful outcomes by working with influencers to make change happen quickly.

Cassandra’s ability to compel organizations to seize new opportunities and challenge the status quo has resulted in numerous accolades including her recent awarding of the Order of Australia.  She speaks regularly on AI and humanity and continues as a founding member of the European Union’s Global Tech Panel.

Nabila Ahmed covers M&A for Bloomberg News and Bloomberg Television in New York, focusing on media, telecom and healthcare deals as well as acquisition financing. She has been at Bloomberg for almost six years, and before joining the Deals team was a senior writer for corporate credit globally. Nabila began her journalism career in Australia, where she worked for more than a decade in newspapers and television. She won the highest honor for a financial journalist in the country in 2014.

Rebekah Dopp is the Founder of Exponent - Google’s gender equality incubator.  She is a passionate advocate for gender equality, ardent voice for the empowerment and protection of women and children, and she served as chairperson of the board of Child Abuse Prevention Program.  Rebekah is also a demonstrated leader of game-changing strategic initiatives, global partnerships, and product launch teams.  She is an independent corporate board member, CEO coach, sought-after keynote speaker and has led global product, engineering, strategy, and distribution teams.  She served as a senior leader on the launch teams for HBO GO, CBS All Access, and YouTube TV.

Annette Young, Host, The 51 Percent, France 24
Annette Young is a senior journalist and news presenter for France 24 Television, based in Paris. Originally from Australia, Annette has reported from parts of Europe, the Middle East and Asia. While based in the Middle East, she became a Jerusalem correspondent for France 24.
Annette also is the creator and host of The 51 Percent, a program about the women reshaping our world. In 2015, she was named by UN Women as one of the 20 inspirational global voices on women in the media.
In 2018, she won the gold medal in broadcast journalism in the Ricardo Ortega prize awarded by the U.N. Correspondents’ Association for her work on The 51 Percent.

Dr Christine Chow is a Director and the Global Lead of Technology at the Equity Ownership Services (EOS) of Federated Hermes, Inc. with 23 years of experience in investment management, research and consulting. Her PhD thesis on responsible investment was short-listed for a United Nations award in Sweden for industry relevance and academic excellence. She is a Member of the Court of Governors at the London School of Economics (LSE), a member of the School’s Investment Committee, a Board Member of the International Corporate Governance Network (ICGN) and a member in the Data Governance Task Force of the UK All Party Parliamentary Group (APPG) on Artificial Intelligence. In 2019, she was named as one of Brummell Magazine’s Inspirational Women in the City of London.

Christine graduated from the London School of Economics and the University of Melbourne. She completed executive education on financial engineering at Stanford University. She was an adjunct finance professor at the Hong Kong University of Science and Technology.

Division for Gender Equality
Cabinet of the Director-General
director.ge@unesco.org