Roy Kim is a Korean pop-folk artist who rose to fame after taking the 1st place crown on Korea’s premiere music talent show, Mnet’s Superstar K4, in 2012. Powered by his soft, acoustic sound and strong, ballad-suited vocals, he rose to the top of Korea’s music charts with 2012’s “Becoming Dust” and 2013’s “Bom Bom Bom”. In 2015, Roy Kim’s popularity continued to grow abroad with a striking performance of John Lennon’s “Imagine” in front of over 200,000 spectators at Global Citizen 2015 Earth Day in 2015 and with his award for “Favorite Foreign Artist” at Taiwan’s HITO Awards. Roy Kim has served as the ambassador for UNESCO's Girl's Education campaign at KCON 2015. He is thrilled to perform at the UNESCO Youth Forum in Paris.

Playback is a four member girl group from South Korea consisting of members Yena, Hayoung, Soyun and Woolim. Playback officially debuted in June with their self-titled track "Playback" and recently released their second single "I Wonder" featuring Korean American Kpop star Eric Nam. Playback has made several TV and live appearances for Korean fans as well as the Chinese audience on multiple occasions, and is honored to have the opportunity to perform at the UNESCO Youth Forum in Paris for the many bright young men and women who will be attending.

CJ Group is a leading multi-industry lifestyle company based in Korea whose business is in food, bio logistics, entertainment and media. Founded in 1953 as Korea's first sugar manufacturer, CJ has expanded to become of one of the most dynamic companies in Asia, achieving total sales of $26 billion USD in 2014. 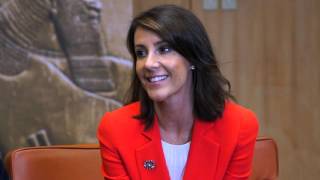