UNESCO – Leading the world’s fight against racism for 70 years 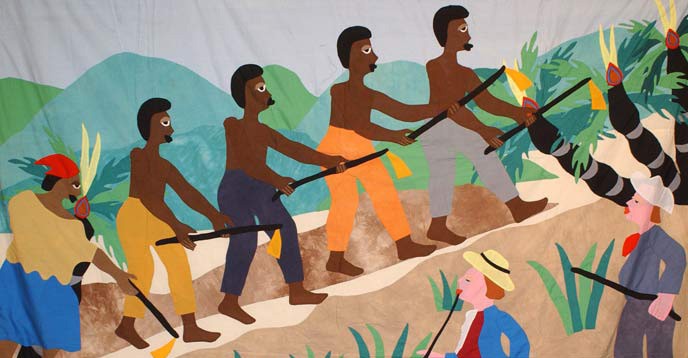 23 August 2004 : International Day for the Remembrance of the Slave Trade and its Abolition - Textures Exhibition
© UNESCO/M. Ravassard -

The first article of the Universal Declaration of Human Rights affirms that “all human beings are born free and equal in dignity and rights.” Since its creation 70 years ago, UNESCO has tirelessly worked to defend and promote this fundamental idea.

In 1949, UNESCO launched a major global program to combat racism, established in collaboration with leading intellectuals including Claude Lévi-Strauss, Alva Myrdal, Alfred Métraux and Michel Leiris. The Declaration proclaimed that theories about racial superiority were both scientifically and morally barren. It led to a series of similar statements on racism, including the landmark Declaration on Race and Racial Prejudice (1978), which argued for implementing a number of policies in order to combat racism and inequalities.

Over the years, UNESCO has drawn on the full force of its mandate to combat all forms of racism. As early as 1966, UNESCO recognized Apartheid as a “crime against humanity”. Nelson Mandela – a UNESCO Goodwill Ambassador and winner of our Félix Houphouët-Boigny Peace Prize – embodied the universal aspiration for freedom that stands at the heart of UNESCO’s mission.

UNESCO has implemented human rights education in school curricula globally, thus transmitting the history of the darkest pages of the past – in particular slavery, the slave trade, the Holocaust and other genocides. In 1994, the Slave Route Project was launched to promote the development of scientific research about the transatlantic slave trade, and to deepen the world’s understanding of the ideological foundations of racism.

UNESCO unites all its fields of expertise in the struggle against racial discrimination. Education provides one important way of combating stereotypes and fighting racial prejudice. It is imperative that schools teach respect for others, and appreciation for the rich variety of our world's cultures, by fostering knowledge and understanding as the basis for greater interaction and dialogue.

“The equal dignity and rights of every individual must remain the starting point for all action, and the measure of its success. This requires dialogue on the basis of respect. It calls for understanding the wealth that lies in diversity. It means that all voices must be heard and all individuals included,” said UNESCO Director-General Irina Bokova.