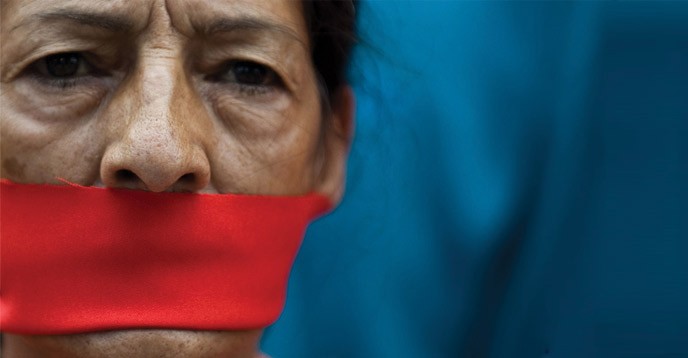 Freedom of expression is the cornerstone of democracy. UNESCO is mandated to protect and promote freedom of expression, both online and offline. Its Constitution calls on Member States to advance mutual knowledge and understanding between peoples through the “free flow of ideas by word and image.”

The Organization has a long-running involvement in issues pertaining to the Internet, including the World Summit on the Information Society and the Internet Governance Forum. Journalists and media professionals are essential to our enjoyment of the “right to know.” Therefore, they must be able to work in an environment that allows for free and independent reporting. UNESCO supports independent media in conflict areas and countries in transition to enable them to play an active role in conflict prevention and resolution and the transition towards stable democracy.

To raise awareness for the fundamental role that the press plays in society and for the need to secure the security of media workers, the UNESCO/Guillermo Cano World Press Freedom Prize was created in 1997. Named after Guillermo Cano, the Colombian newspaper editor murdered in 1986 by the drug-trafficking mafia he had bravely denounced, the Prize honours a person, organization or institution that has made an outstanding contribution to the defence and promotion of press freedom.

UNESCO actively promotes the safety of journalists, believing they have the right to work free from the threat of violence to ensure the right to freedom of opinion and expression for all. The Organization has championed the UN Plan of Action on the Safety of Journalists and the Issue of Impunity (UN Plan), which is the first concerted effort within the UN family to address these issues via a multi-stakeholder and holistic approach.  It is now a global reference point that has been highlighted in UN General Assembly, Human Rights Council, and European Union’s resolutions and policy.

The UN Plan was initiated through the International Programme for the Development of Communication (IPDC). The IPDC is committed to promoting media independence, pluralism and contributing to sustainable development, democracy and good governance by strengthening the capacities of free and independent media, as well as the development of media. Since its creation in 1980, the IPDC has supported over 1,700 media development projects in some 140 countries.

Freedom of expression and information are pillars of a healthy democratic society and for social and economic growth, allowing for the free flow of ideas necessary for innovation and bolstering accountability and transparency. “Journalism thrives when media is free and independent, when journalists are safe to report, when impunity is the exception,” said UNESCO Director-General Irina Bokova.